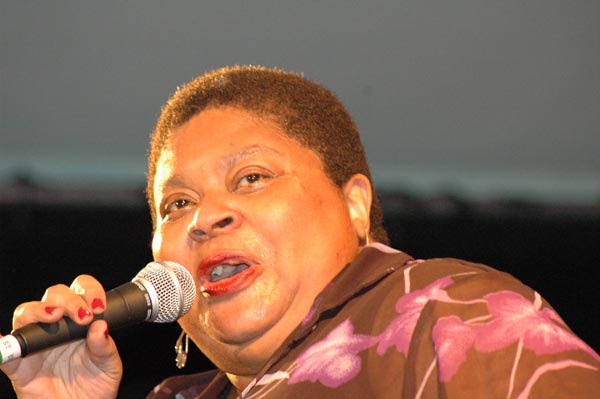 Canadian-born Colin Linden started with an acoustic set, later shifting to some electric numbers. Linden – a master in guitar-playing – is one of those artists you can find in many records either as a musician, composer or producer, often covering all these roles at once. Just to mention a few, he produced records by Bruce Cockburn, Sue Foley, Janiva Magness and Paul Reddick). His down-on-earth attitude helps a lot in establishing a good feeling with the audience and this is what happened in Luzern.

Dietra Farr is a real Blues queen whose talent is recognized with a huge number of followers in Europe. She gets all the requirements to be defined as such: to cut a long story short, her career shifted into high gears after she hooked up with harp player Pierre Lacoque’s band Mississippi Heat in 1993. Later on she moved to UK label JPS with excellent results, notably publishing her first album “The search is over”. Her concert – with Billy Flynn on guitar – was truly brilliant and enjoyable.

Delta Groove Harp Blast was a big trip for harp-playing lovers. Mitch Kashmar, Bob Corritore, Randy Chortkoff and Big Pete – the only non-American – matched exceptionally well together because of their different styles. Kashmar is a real harp virtuoso, Corritore is very much linked to old time country harp style while Chortkoff and Big Pete – who performed a remarkable version of “Early in the Morning” are more Chicago Blues oriented. Should this bonanza not be enough for the ordinary Blues fan, the Delta Groove harp Blast featured also two of the hottest guitar players around: Kirk Fletcher and Alex Schultz. Also in this case, there is no one better than the other because Fletcher and Schultz are two first rate guitar players.

Mike Andersen is a young bluesman from Demark, a disciple of the British guitar player Otis Grand. His sound is original and fresh with some rock’n’blues overload looming at times, mostly due to the willingness of showing great feeling. Yet, he is a young axe on whom you can safely bet some money. Oklahoma guitarist-singer Shaw Pittman is just a few years older than Andersen, but his sound comes from a quite different background. Pittman, who has already recorded eight albums, maybe too many bearing in mind his young age, has some rock’n’roll groove that makes his music appealing even to the most ordinary listener. 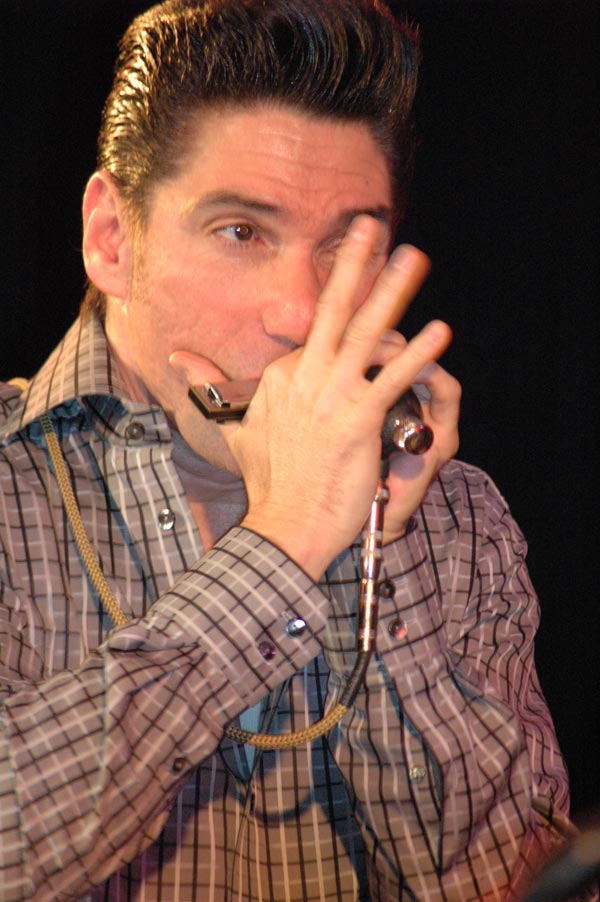 Legend tells that Henry Gray learnt piano from Big Maceo Merrywhether in the Forties. Nowadays, the eighty-seven year old piano player Henry Gray looks like he in great shape. He’s not a newcomer in Luzern but this time he brought with him Taildragger, a gruff and raw singer, with a long experience in Chicago. Bob Corritore’s Rhythm Room All-Stars featuring Chris James on guitar and Patrick Rynn on bass is one of the best Chicago Blues group around. Taildragger’s appeal and Gray’s brilliant piano mesmerized the audience with a unique Chicago Blues flavour, with the outstanding contribution of the Rhythm Room All-Stars, great musicians in their own right.

Otis Clay is one of those singers that any serious Soul Blues fan should see at least once in a lifetime. The forth or the fifth time you would see him, you will understand that, as it often happens with the Soul masters, Clay’s concerts are a mystical experience. His voice come from somewhere else than mother earth and cruises through funky and more mellow rhythms effortlessly. It does really not matter if you have listened “Dock of the Bay” more than one thousand times, yet from Clay’s voice this song will charm you again. And of course, great singers go around with great bands.

In 1991, Larry McCray published “Ambition” a very promising soul-blues album but since then he has progressively moved to some kind of thunderous rock’n’blues that makes his set similar to many others around. This is unfortunate because McCray possesses inspired singing and spine-tingling guitar works, which would deserve more than be restrained in a mere rock’n’blues sound. Ultimately, this may also be true for Quintus McCormick who, in his albums, plays velvet soul-blues through well-shaped songs imbued with some jazz guitar solos. Don’t expect the same treatment in live concerts, where McQuintus’ show quickly turns very loud losing originality and finesse. Anyway, there is no doubt that rock’n’blues oriented fans will love them. 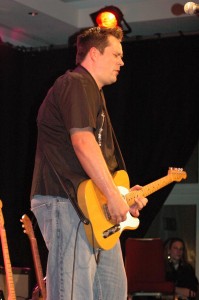 Ruthie Foster has been enjoying increasing – well deserved – popularity. Although it is not straight Blues, her music is a pleasant mixture of song writing, funky-folk rhythms and crystal clear, passionate singing. Foster looks like a decent and clever person without any sophistication, a woman that you can trust. Her show was one of the highlights of the 2011 Luzern festival and she could have easily won the Critics’ prize if it were such an award.

Joe Louis Walker came to Luzern with Muraly Correll, a talented singer-guitar player, son of Larry Correll. Despite some brilliant moments, their show raised mixed feelings. European audiences are warm and competent, but they have difficulties in understanding and accepting what they consider as exaggerated behaviours from musicians. Said that, JL Walker remains a first rate musician who gave a lot to the Blues and recorded plenty of outstanding blues records. This could be the reason why people put very high expectations in each and every of his concert.

Zydeco artist Terrance Simien brought Luzern people back to the roots of Louisiana music with an effervescent show marked by aggressive accordion playing and heartfelt singing, with excellent backup by his band. Not surprisingly, the zydeco act, which usually closes the Luzern festival is becoming increasingly popular among Blues fans though they had to live up to three nights of outstanding musicianship.

In conclusion, it may worth recalling that the Luzern festival also runs in the Casineum Club stage where, at this festival edition, you could have seen other excellent artist like Andy Egert and Howlin’ Bill. The fact that the Luzern festival successfully made it through its 17th edition, thus surviving to the post 9/11 disturbances and a couple of economic crisis with no changes in its ambitious format, speaks by itself. Kudos to the organizers!