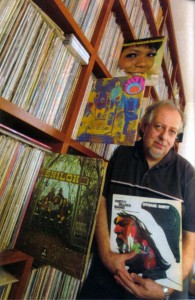 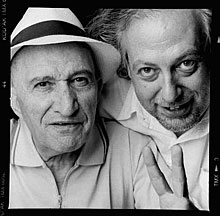 Ernesto de Pascale (February the 13th 1958 – February the 13th 2011) was born in Florence, Italy. He started making music in his early teens. In 1980 he joined Rai-Radiotelevisione italiana (The Italian National Broadcasting Corporation) as disc jockey. In 1981 his first recording was an album of funky music with the band ” Lightshine “which toured extensively for years. In 1983, after a long stay in the U.S. founded “HypnoDance”, a Rythm & Blues band which recorded and toured regularly until 1990. From 1982 to 1995 he was one of the leading voices of the most acclaimed and respected italian radio music show called “RaiStereoNotte” a nightly six hour long non commercial program which aired the best music from all over the world. In 1983 he co founded the most important italian show for indipendent producers and bands called “Indipendent Music Meeting“. In 1984 and 1985 he was called to help sharpening “Videomusic” the first all music italian television. In 1987 and 1988 he cooperated as casting consultant to “DOC”, the most important music related tv show of the italian national service television, unmatched ‘til today, by a Renzo Arbore’s idea, the most important italian tv personality and influential entertainer. In 1989 Ernesto de Pascale wrote his first book, a Bessie Smith biography. Since then he has written three more books: one dedicated to the italian sixties scene, Mondo Beat , one to the correlation between soul and country music, Dove il Country e il Soul si Incontrano, and one which collect all of his interviews with the most important living bluesmen, The Blues and I.  In 1990 became consultant for Polygram Publishing, Sugar Music and Best Sound records. In 1991 he wrote the screenplay for a thriller movie called “Il guanto nero” . In the same year he won an award for the developing of Soul music in Italy and one for the developing of the indipendent music scene. In 1992 he wrote his first fiction book, a collection of short stories called “Parole di Notte Verso Casa ”. Since 1993 he has been working for Controradio the most important regional network of the Tuscany area with a very well acclaimed entertainment show calledI”l Popolo del Blues” aired live every Saturday Night from 8 to 10 p.m. In the same year he joined the “On the road” festival in Pelago, near to Florence, with a special live project called “The Blues Corner“.  In 1994 he began workin’ for ”Italia Radio” the most important all news italian indipendent network with a nightly show called ”Effetto Notte“, co hosted with other famous ”voices” of the ”RaiStereoNotte” era.  In 1995 he hosted a series of music specials of Contemporary Blues on Rai and in 1996 became musical director of the Massa Marittima “Folk Blues Festival“. In the same year he was called to join the latest and newest Rai-Radio 2 music show called “Suoni e Ultrasuoni“. In 1997 he won an award for developing the new italian Blues scene and another one by the official Elvis fan Club for the best radio show dedicated to Presley. Since 1981 Ernesto De Pascale has produced more than 40 albums and helped the discovery and shaping of the hip hop band “Articolo 31“, has sold 600.000 of their album “Così Com’è” (BMG/Best Sound, 1996).

He has been an actor making Cameo appearences in movies, Tv show and videoclips. He has composed film scores and soundtracks. He has been writing for all the major news and magazines like Rockstar , Il Mucchio Selvaggio, L’Espresso, Il Manifesto and many others since 1980 and still does, and he’s a member of the italian journalist council; he also regularly conducts panels and conferences on various musical themes. He wrote liner notes for many artists and compiles various compilations. He studied communications arts at Columbia University in New York in 1981 and is actually studying the legal aspects of the music industry. Since 1995 he’s been tracing a new geography of the italian blues scene with a collection of volumes called ” This Is My Story-Il Nuovo Blues in Italia “. He’s actually writing a book on Alan Freed and the payola scandal. He lately partecipated with a long musical essay to a book on the italian social events in 1968. He ‘s actually editing a second collection of short stories. Ernesto De Pascale will publish a chronological history of the Italian Rock & Roll Scene (1956 – 1960) on February 3rd 2000 for Pendragon books co. A Cd tribute to Leadbelly and one dedicated to Fred Neil will follow in the 2000 and a collaboration with New York’s native Jono Manson.

You can find his reviews in “Rocksbackpages” and his jazz reviews in www.allaboutjazz.com and also in amazon.com 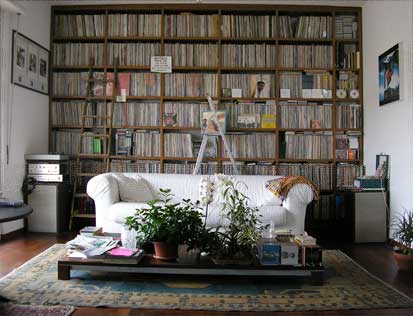 Since Y2K Ernesto de Pascale‘s profile rose to higher level thanks to some fruitful and constructive collaborations with italian public institutions as Comune di Firenze, assessorato alla pubblica istruzione, assessorato alla cultura. His solid reputation and professional reliability became synonimous with entrustness for those institutions which made use of Ernesto de Pascale’s consulences and advising. For the vast knowledge of the italian music history and of the italian music business and market of the last 50 years Ernesto de Pascale has became strong on demand outside Italy as well. Conferences in Universities and Italian Institutes of Culture has been held in year 2001 and 2004 (Munich, Deutchland, Strasbourg, France). At the same time Ernesto de Pascale kept producing musical projects as The Frank Zappa tribute album (vol 1+2), a big band tribute with the original charts to the late great jazz arranger Oliver Nelson(the first one since his death in 1975), more blues albums and young artists, all of these on his own label, Il Popolo del Blues. In 2004 Ernesto de Pascale started a very important songwriter partnership with UK folk rock legend Ashley Hutchings (Fairport Convention, Steeley Span, Albion band) for an album to be realized on Esoteric record, Uk, in winter 2007 while, in that same year, an international Hip Hop project with the young and talented Jamar Chess, son of the legendary blues producer and publisher Marshall Chess of Chicago blues’s fame was published on the prestigious Atlantic label ( Warner Brothers, USA ). Various book on different musical themes are still in making. A show on the Florence music scene in the ’80, 3 tv documentaries on different music subject, a succesfull book on the italian crooner Nicola Arigliano round the actual picture of one of the busiest and most in demand music personality in Italy. Ernesto de Pascale publishes his long awaited first solo album never, “Morning Manic Music” on October 16th, 2007 on Il Popolo del Blues label, Materiali Sonori distribution.