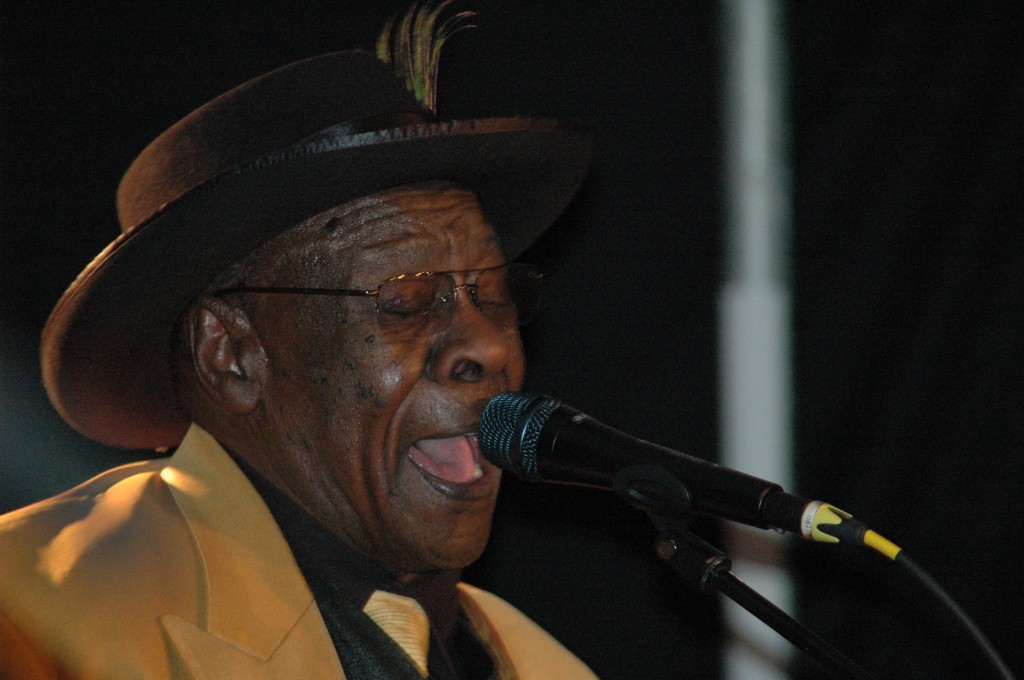 Lucerne’s symbol is the Kapellbrucke, a XIV century covered wooden-bridge that sadly burned in 1993 in what it is still considered a major disaster for the city and its citizens. With meticulous precision, it was rebuilt in few years in an effort of singular artistic talent. Around the same time, the Lucerne Blues Festival, now at its 19th edition, commenced its adventure. Close to ending its second decade, the Festival has established itself as the major Blues event in wintertime in Europe. Nineteen years that have seen great performances from Blues legends like Koko Taylor, James Cotton, Robert Lockwood Jr., Big Jack Johnson just to name a few, but also soul and rhythm and blues top artists like Mavis Staple, Otis Clay, Irma Thomas and Bobby Rush. Despite its firm and on-going success, this festival has managed to maintain a human dimension, indeed true to the Blues spirit, where the public is in contact with the artist. The ordinary blueshead can meet his/her heroes, shake hands and take a picture with them. While the concerts are spread throughout an entire week and some of them are free, the core part of the festival is held in the Lucerne Grand Casino from Thursday to Saturday with concerts starting as late as 1h30 am. On Thursday 14th November, the festival started with one of its traditional features, an acoustic Blues performance, this year played by Larry Garner and Micheal Van Merwyk. Garner needs no introduction to the Blues fans, the Baton Rouge guitarist and singer recorded some ten albums, all of them quite remarkable for a personal style. If necessary, on acoustic guitar he looks even more convincing, well supported by Van Merwyk on lap steel and their concert was a nice start of a well-shaped festival. The Chicago Blues All-stars line-up saw Zora Young on vocals, Bob Margolin on guitar, Kenny Smith on drums and Bob Stroger on bass playing a energetic set of Chicago Blues standards with great confidence and renowned expertise. 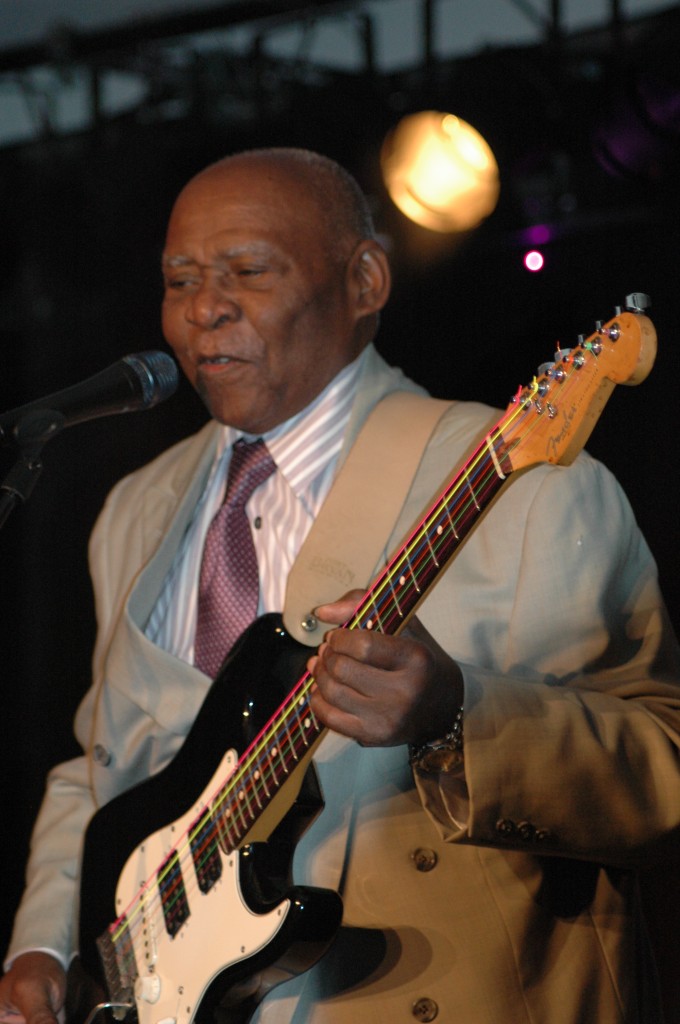 Zora Young is a versatile singer who would deserve more recognition as well as Johnny Rawls, a Mississippi-born Soul-Blues artist with more than a dozen albums recorded. Rawls sings and plays guitar, but is also a songwriter and arranger, inspired by his one time mentor O.V. Wright, with whom he shared a life on the road until Wright’s untimely death on1980. All in all, Rawls’ concert was made up by a set of convincing Soul-Blues tracks in which Rawls’ daughter Destini played a significant role. Almost a family affair, but a good one for once. Next came a man – the Monticello Kid: Byther Smith. Today he is an elder of 80 year old with a long history of health troubles looking tired and defeated, but when he starts “One hundred pound of joy” it becomes clear that he is one of the very last Chicago Blues legends and, despite all worries, he still gets this sort of magic that a very few of them owns. Any serious Blues fan would feel a sense of gratitude watching one of his concerts that, in Smith’s own words, will be increasingly infrequent. On Friday night, Rick Estrin and the Nightcats set the stage on fire with their mix of winning tracks and technical mastery, with a flamboyant Kid Anderson on guitar. Sometimes they tend to emphasize the histrionic part of the show neglecting the substance of the music, but their concerts remain quite enjoyable. The Blues Broads is a female supergroup of 4 singers: Tracy Nelson and Angela Strehli do not need a special introduction to the Blues Fans: they both have had long and successful careers, while Dorothy Moore is the co-author of “Oh Happy Days”, the most played song at Christmas worldwide! Their concert was full of good feelings with music varying from Soul to Blues, and ballads. In the band, one of the most known Blues sessionmen, Steve Ehrmann, was on bass. 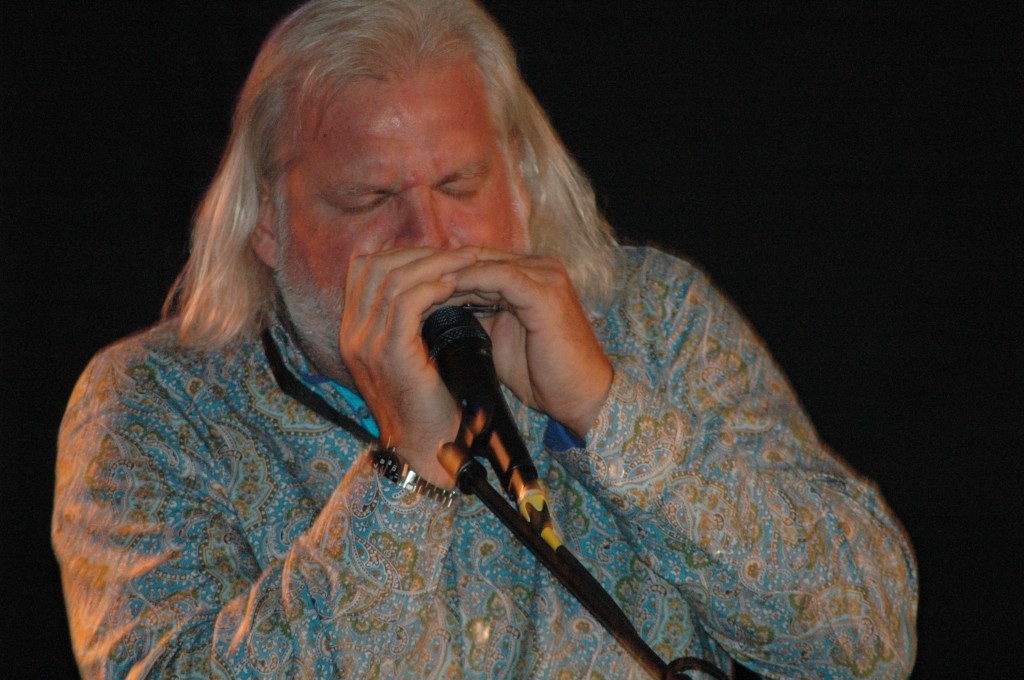 One of the highlights of this year festival was, and it could not be otherwise, Bobby Rush, who excels on Blues and Soul though he is generally seen as a soulman. Singer, harp and guitar player, Rush is a personality of the Chitlin circuit who defines his music as “folk-funk”, though most of the public will remember his concerts for his histrionic conversation with the bottom of his dancers. You may like or not, Bobby Rush is irresistible and his groove, especially “she’s so fine” stands the passing of the time. In Luzern he was more “rock” – with two guitar players – than with other settings, namely with a fully fledged horn band. At the end, we got a politically incorrect, explosive performance, exactly what most of the people was looking for. To close the Friday bonanza, a double dose of solid Rock’n'Blues by Smoking Joe Kubek, who was there in Luzern in 1999. Pat Wilder and Serious Business warmed the audience up on Saturday opening the way to a terrific set of Blues tainted of acid-jazz by one of the masters of the Hammond B3, Ron Levy in person, who had the honour/merit to play with Albert King for almost two year and with B.B. King for six years, without forgetting some 5 years with Roomful of Blues. His concert confirms the diversity of the line up of the festival, offering a wide choice of styles and genres. Two remarkable musicians, J.E. Vaughn on drums and J.W. Lockhart on guitar backed Levy in a set closer to acid jazz with some classics than mainstream Blues. A close friend of Ron Levy, James Harman is one of those Bluesmen who possesses his own blueprint, and valuable song-writing capacities – without belonging to one category only. In his groups, he often gives prominence to percussions as this is the case for his most recent outfit – the Bamboo Porch Revue – paving the way to sturdy shuffles with a minimalist singing-harp-guitar approach. The final result is a highly enjoyable mixture of T-Bone Walkeresque retro Blues. Nathan James is the last guitarists of a long array of talented six-string masters – from Hollywood Fats to Junior Watson via Kid Ramos – playing with Harman. The Luzern festival is traditionally closed by a zydeco-cajun artist, and this year it was the time of Jumpin’ Johnny Sansone, a New Orleans icon who sings, plays harp and accordion. Less traditional than other of his cohorts, he keeps N.O. flag high through a set of excellent songs. In conclusion, the 19th edition of the Luzern Blues Festival was varied and ultimately satisfying as usual. Its organization has the capacity of putting together artists, talented yet diverse, in a meaningful sequence, keeping the Blues first.

Rick Estrin: On the harp side